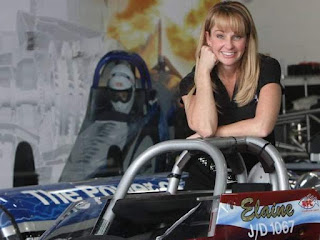 Hey, so I am trying to keep up my blog. as best as I can, it is hard when all you are doing is office work.  Not that it isn't good to get caught up, and I appreciate the extra time to get things in order, but good night this girl needs to get back racing!!!!  The Larsen Motorsports have had the month of May off and for good reason.  The month of June is going to be crazy!!!  5 weekends, 5 races, so hold on cuz things are going to get fun!!!  Make sure you stay tuned, I will do my best to keep you up to date on all of the fun we have on the road.  Please check the schedule and see if you can meet up with the Larsen Motorsports teams on the road!!  We would love to see you.  An amazing friend, Ancel Horton, said one time to me, "Do you want to watch the news, or do you want to be the news?"  We are going to go and make some news!!!  visit elainelarsen.com

Hello Everyone!!!  It has been brought to my attention that I have not been doing my duties on my Blog, (Paige), so I am going to fix that.  Larsen Motorsports intern Paige Sanchez is going to help me make my Blog prettier, and I am going to do my job by actually writing.  So here goes.

Racing
2012 was a good year, we learned a lot running two cars, some good, some bad.  It was a lot more work than we originally thought.  How hard could it be right??? WRONG!!!!  Just running two teams with the all of the personalities was hard, let alone handling "Larsen" when he was stressed out!!!  (all of the time).  All in all, I think we did a dang good job making our way through something totally new for us. 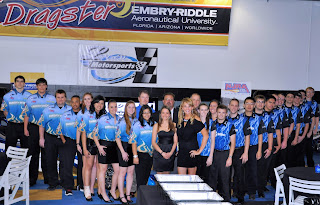 Now on to the interns at Larsen Motorsports Research and Development Center......now that is a mouthful!!!!  The first group started at the beginning of the racing season, so not only were we training new driver, crew, but we had this huge group of interns that always wanted to know what they could do to "help"!!!  I remember their first day thinking wow this is great, and by Friday thinking "What have we gotten ourselves into!!"  Just keeping one step ahead so that they have work is a job in itself!!!  We have definitely learned from our successes and our failures! 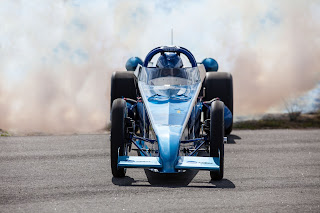 On to new business, we finished the racing season and dropped off the grid for a few weeks to rest up, but no rest for us, we challenged ourselves to debut not one, but two new cars for the 2013 season.  I don't know what we were thinking, but hey sometimes no guts, no glory!!!  We started out with the Embry-Riddle jet dragster driven by Marisha Falk.  This was nerve wracking for me, as in the past I have always been the one to run the cars in, not the case.  Marisha had to learn real fast how to adapt to a new temperamental car.  She did a great job, and in no time, we had ourselves a running car!!  Now 2013 is a big year for Larsen Motorsports, we are celebrating a decade of racing jet dragsters, so in honor of this Miller Welding is sponsoring our Decade of Thrills!!!  Matrix Systems provided the paint and she sure is an eye catcher!!  Back behind the wheel, after Marisha had such an easy time, I figured, hey lightening could strike twice and maybe I could get lucky right???  RIGHT!!!  Holy Cow, all of the extra work that the teams did back at the shop sure did pay off!!  Both cars were up and running in no time.  This was the easiest time we have every had tuning in our new jet cars in 10 years!!  I can't wait to see what these cars are going to do for the 2013 season.  We are hitting the road June 1-2 for the Chevy High Performance Nationals in Commerce, GA so keep your fingers crossed. 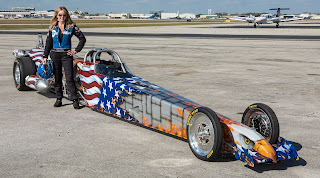 The Future
We have a very aggressive racing season planned this year.  We are heading to new venues, racing new cars, new rigs, and oh yeah did I mention that we are hiring new drivers?  OH YEAH!!!  We announced the first of May that Larsen Motorsports is taking applications.  See article for information http://www.competitionplus.com/drag-racing/news/24822-want-to-drive-a-jet-car 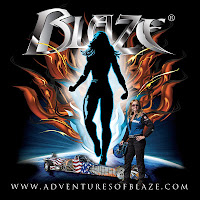 If that wasn't enough, I decided that I needed just one more thing on my plate for 2013, so with that being said say hello to BLAZE!!!  For more information on who and what BLAZE is, visit AdventuresofBlaze.com  She will make her official debut at the RPM Trade and Motorsports Expo http://rpmtradeexpo.com/ where I am being honored as a FAST Women in Motorsports.  (see nomination) https://www.youtube.com/watch?v=ksezUNsLBuE December 4-8 and The Walt Disney World Resorts!  I think that is it for now!!  Stay tuned because you never know what Larsen Motorsports will be up to next.  Hey a girl has to Blaze her own Trail!!!

Promote Your Page Too